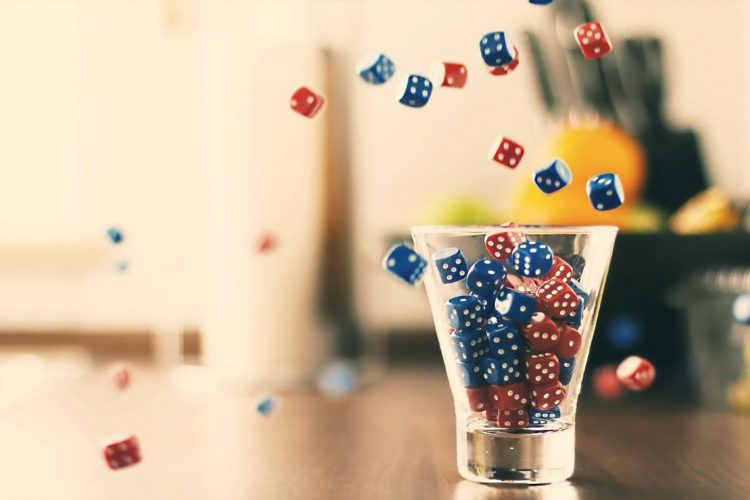 ‘Change management’ is one of today’s most annoying clichés. It’s as if change, in itself, will bring success. Which is far from the reality of change. The Dutch word for change is ‘veranderen’ – which illustrates my point rather neatly. The word can be split into ‘ver’ (far) and ‘anderen’ (others). Which expresses my advice on change: stay far away from it – and leave it to others. If you’re driving in your car and get lost, do you change the car? No. At most you drive in a drive in a different direction. Which is exactly how you’re going to use this second law of the Bitsing method. Not to change – but to take a different route. You’re going to do things differently – but using existing resources and capabilities. Success really has nothing to do with change, but with doing things differently. A small difference in how you do things can have a large, positive impact.

Change management has a negative impact on your organisation. Attempts to change people have never meet with success, but you can get people to think differently and do things differently. Which is why I prefer to speak of ‘difference management’. Organisations that attribute their success to change have actually just done things differently. They haven’t really changed at all. Has Coca Cola changed? Or Apple? Or Microsoft and Shell? Yet organisations that pursue change do take big risks – and often don’t succeed. Brilliant businesses with world-changing products have failed because they tried to change. Compac, one of the largest global suppliers of PCs, failed – when it changed into being part of a software giant (HP). MCI Worldcome, a billion-dollar American discount telecom company, went bankrupt as a result of change in the form of a series of massive mergers. Eastern Airlines changed from a postal service into one of the four largest airlines in America, but could not survive this change and disappeared off the map. General Foods Corp. bought brands that lay outside the area of its core business, was itself purchased by cigarette company Philip Morris and, yes, went up in smoke. Tire manufacturer Firestone tried to grow by producing a completely new kind of tire – and rolled to a halt. Consumer Electronics Manufacturer RCA was prized for its history of innovations – it was the first company to globally market electronic television sets – but began to diversify its operations beyond the area of its traditional business. The ensuing expansion was so quick and so remote from its core business that the company became impossible to manage. AltaVista, a search engine that was once bigger than Google, destroyed itself by adding unnecessary complexity to its interface. More examples? Well, just Google them.
Change can lead to dismissal of employees, unnecessary cutbacks and more misery than solutions. Is this what you want in your organisation? Just doing things differently will lead to continuity and growth, to more turnover, more profit and, above all, to pleasure, positiveness and a good (working) life. The best way to deal with change is therefore not to change. Which is in any event our automatic reaction. This is called involuntary adaptation, or evolution. Who among us still thinks and acts as they did ten years ago? We’ve automatically We involuntarily adapt to the developments changes in our environment. Which, for most people, is absolutely no problem. The coming of the car, television, the mobile phone and now the internet and social media caused us to involuntarily adapt our behaviour. We travelled more easily, communicated more, became better informed and more easily accessible. Most adaptation is easily absorbed by individuals and society. Although surrounded by new developments, we embrace these new opportunities and situations – and naturally adapt to them. Sometimes this takes a little time, while for some it can’t happen quickly enough.

If someone tells you to change, they are actually asking you to become something other than yourself. A different person. Such imposed change is never successful. You are who you are – and change takes time. If you’re currently involved in change processes within your organisation – stop! My point is that you should do what it takes to achieve your continuity goal. And this is something other than change. It’s just doing things slightly differently. In order to deal seamlessly with new developments. To do things differently, for example to take a new route instead of changing the car, is something you can ask of everyone – and something that everyone can do. Imagine: you’re walking outside in the sunshine, when suddenly there’s a rainstorm. You put up your umbrella, so as not to get wet. The change is that your surroundings have changed – from dry to wet. Your reaction is to put up your umbrella, in order to stay dry. Have ‘you’ changed? Or did you just do something differently?
It’s the same for your organisation. You’re not currently doing things wrong – as always suggested by proponents of change management. You’re just not yet doing what is necessary to achieve your continuity goal. The strength of Bitsing is that you do not have to change. You just have to do things differently. And this chapter will help you achieve that. I call it ‘difference management’.

Start by looking at how you can do things differently. For example, are you currently spending a lot of time and money on things which you’re not sure will turn out to be successful – while areas that produce a lot of your sales and profit are being neglected? To what extent are relatively small developments in your business, your market or the economy seen as very significant in your organisation? Online purchases of retail products and services, for example, will only account for 8.8% of the total worldwide retail market in 2018. This is less than a tenth of the market. To what extent will you focus heavily on this development?
Take my advice to heart: see ‘change management’ as managing to keep far away from change. Leave it to others.
Succeed gloriously, by doing things differently – and by not changing.