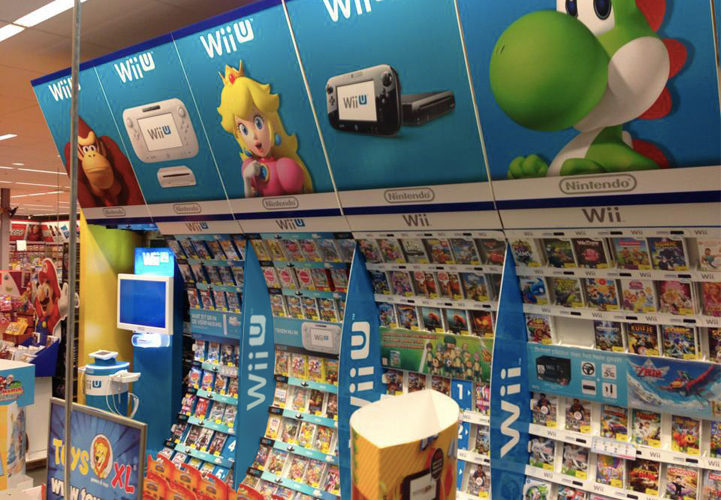 Eddy Assies is the General Manager of Toys XL. Assies moved into the ‘real’ toy business in 2012, working for Toys XL. We asked Eddy a few questions about his experience, as general manager of the business, with the application of Bitsing, and what the business consequences were for Toys XL.

Question: You’ve now been implementing a Bitsing master plan for a few months. What are the differences between this and your previous approach?

Eddy: ”Bitsing introduces structure, efficiency and direction. Thanks to the Bitsing plan, we know what we have to do. All our choices are now governed by the Bitsing pencils strategy. The pencil strategy ensures that you always make the right choices for your organisation.”

Question: What else has the Bitsing pencils strategy done for Toys XL?

Eddy: ”Lego was identified as one of the Bitsing ‘focus products’ at Toys XL. In other words Lego played a dominant role in our turnover. According to Bitsing thinking, the product should therefore receive a corresponding degree of attention. The reaction at Toys XL was therefore to establish a 100% Lego store. We also laid out all of our stores according to the proportionate turnovers indicated by the Bitsing methodology. We no longer apply the traditional retail formulae which prescribe that your ‘money maker’ product should be placed in the back of the shop, in order to lure the customer to walk through the entire shop. Bitsing prescribes that you must use the actual ranking of product turnover. If Lego dominates, then that must be the first product you see when you enter the store. Playmobil is the second most important brand at Toys XL, so after being impacted by the Lego sensation the customer must enter the world of Playmobil, followed by the other products, pro rata to their turnover ranking.”

Question: What else appealed to you about the Bitsing approach?

Eddy: ”The idea of the ‘risk-free offer’. Bitsing told us that if you want to attract store visits you should make a risk-free and, in particular, a non-commercial offer. The offer should be free of any threshold to acceptance and attractive enough to motivate people to visit one of our stores. This requires more than a simple discount. Bitsing calls this a risk-free offer.
“So we claimed the ”wish list” during the St Nicholas (a Dutch tradition, early in December) and Christmas periods. Children could fill in their wish lists for presents and throw them into a wishing well, which we constructed especially for this purpose. These cardboard wishing well displays were supplied to every store so that children could throw their wish lists into them. These wishing wells were then placed just inside the store entrances and a winner was then drawn from these entries. The winners won every product on their wish list.

“Children brought their wish lists to the stores in the company of one of their parents, which then increased our store traffic enormously. The wishes could, of course, also be delivered digitally, which also ensured more online traffic to our web shop.”

Question: Were there other surprises that emerged from Bitsing and were applied by Toys XL?

Eddy: “Yes, certainly. We always thought that mothers and grandparents spent the money in our shops. This was an assumption. The Bitsing analysis shows that it was actually fathers. And that was in fact so. The father pays for the products at the checkout and the mother and children influence the father and stimulate the purchase. As a result, we started to focus more on fathers in our communication.”

Question: Which Bitsing element, applied by Toys XL, turned out to be the most significant and was responsible for the most change? Eddy: “Bitsing provides an analysis which reveals exactly what makes your organisation uncopyable. It’s not a strengths and weaknesses analysis, such as we are familiar with, but a tool that ensures that Toys XL will be unbeatable in the marketplace. In Bitsing language, ‘unbeatable’ means that Toys XL’s messages to the market are unique – it’s communication which our can never equal or imitate. It’s quite an experience to implement this. After all, if you say or do something in the market which others can copy, that doesn’t make you any more attractive than them – but according to Bitsing we had something really unusual. So what was it that made us uncopyable? The Bitsing analysis revealed that we were a “Dutch child with American parents”. We are, after all, derived from Toys ‘R’ Us, the world’s biggest toy store, which originated in America. And the largest Toys ‘R’ Us store in the world is situated – where else- on Times Square in New York. While our competition in the Netherlands is Intertoys and Bart Smit – and they come from Volendam, a small fishing village! The difference is obvious.

“Bitsing revealed our uncopyable factor and this what Toys XL have applied. We do business, for instance, with a mixture of the traditional Dutch emphasis on common sense and business sense, combined with thinking big and being service orientated in a typically American way. Which is why we chose for a marketing communication approach that uses typically American traditions, such as Black Friday and Cyber Monday. On these days American shoppers go completely crazy, because the shops are open for 24 hours and stacked with special offers.” Question: Do you have more success stories in which Bitsing methodology has played a role?

Eddy: “Yes. Something that I personally found interesting happened at the Meet and Greet at the Spiellmesse, the big toy fair in Nuremberg, in Germany. Lego was so impressed by our approach that they rewarded us with some special benefits. So Toys XL now receives its Lego shipments before all the other toy stores in the Netherlands. We won’t be surprised if we get Apple Store scenarios unfolding, with kids camping outside shops in sleeping bags in order to be the first to get the latest Lego Chima or Lego Ninjago items!
“As a result of this success story we are busy opening our second Lego store and, by the end of the year , we plan to have four Lego stores.”

Question: How would you describe what Bitsing has done for Toys XL, in one sentence?