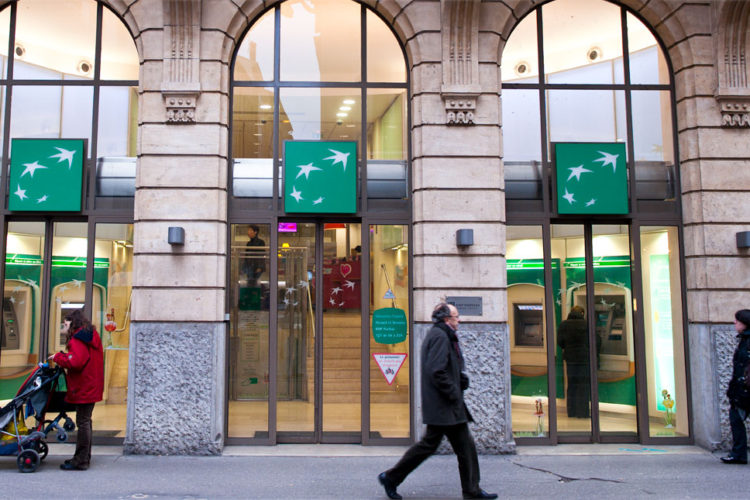 It’s the year 2000. Peter-Frank Haarmans phones me. He is marketing manager of Fortis Bank Commercial Banking, the bank’s business banking arm, which serves large, international organisations. He asks, ”An acquaintance showed me the BiTSing model. Is it true that it has produced such significant success stories?” My answer was, of course, predictable – and led to a meeting. From which it appeared that Peter-Frank had a problem, or rather, a challenge.

The bank had given him an assignment. It wanted to become more results-orientated. People had become used to doing things without asking themselves how these things the bank. Peter-Frank’s primary focus was on integration of the independently-operating marketing and sales departments. Marketing was currently focused purely on the qualitative aspects of the bank, such as its positioning in the marketplace and the advertising campaigns. The sales team focused purely on recruiting customers. He admitted that qualitative support (marketing) and quantitative sales were essential for the success of the business. However, he thought they should work in combination to achieve a single goal, profit. “The end result must be that we make money”, said Peter-Frank. ”I recall that the sales team had no idea what marketing was doing, and that marketing, in return, did not concern themselves about sales.”
Peter-Frank had the insight that the BiTSing method would, by definition, change this situation. After all, it integrated all factors affecting profit into a single model. And from the moment of its introduction, everything that the bank did would be founded on this rational, BiTSing process. ”Measurement is knowledge”, became the credo of Peter-Frank. Marketing had to prove that it supported sales and sales had to prove that it was achieving sales as a result of that support. The results of their activities were measured and reported. And marketing and sales consequently grew towards each other.
Peter-Frank: “Few businesses do this sort of thing well. It’s also not that easy to interweave these different, departmental cultures.” Measurement and reporting also exposed new and painful issues. Regardless of how well marketing and sales worked together, the number of customer appointments necessary to generate a healthy number of sales – and the consequent profit – just didn’t happen. This was blamed on the fact that Fortis Bank was too small a player in the big world of international banking. Too small to attract the attention of multinational clients. Fortis’s market share was, after all, only 6% – six times smaller than the market leader and an obstacle that seemed impossible to overcome.
The BiTSer model, however, shows that the size of a business has no influence on its success. The model, in fact, revealed an entirely different problem at Fortis: the focus was wrong. Its people focused on the wrong things when approaching target groups. As a result of this insight, the bank changed its approach completely, basing it on the rules and laws of the BiTSer model. Every decision maker in the bank’s multinational prospect companies had to be taken up the BiTSer ladder, step by step. This process started with brand awareness and ended with the stimulation of referral sales among the prospect’s business connections. The marketing department positioned the bank as uncopyable. This, in turn, laid the foundation for the sales team, using the correct supporting materials, to achieve appointments and sales. Meanwhile special ‘Service Teams’ boosted loyalty among the bank’s existing clients. The entire process wasn’t always easy. Peter-Frank was committed to not investing any money unless a profitable result was clearly in sight. In addition, commitment was required from the internal organisation. For without them, success was impossible.
”A chain is as strong as its weakest link”, said Peter-Frank when I interviewed him for this case study. ”Implementation was extremely important, so I focused on turning every weak link into a strong one.” He also points to the fact that the focus on the internal organisation is often not sufficient. His advice? ”This really requires significant attention, particularly if you want to successfully apply the BiTSing method, which places a specific focus on this aspect of the organisation. Your internal people are part of the process, so never forget the internal component”. He succeeded in imbuing his internal staff with belief in the new approach, as well as getting the commitment of management. BiTSing gave Peter-Frank the scope to introduce the necessary changes -and to go for profit. Discovering ‘results prediction’ Peter-Frank wanted to justify the necessary investments before starting to develop campaigns and reshape the internal organisation. This would facilitate obtaining the necessary budgets. His question was, ”How can I demonstrate that by putting money into something I can also generate profit from it?”

This was essentially his brief to me, and the requirement with which we both addressed the BiTSing model. The BiTSing model, as manifested in the programmes it deploys, demands quantification, putting a specific amount of money alongside each step of the BiTSer ladder. A new model started to take shape on a single, A4 sheet; a model that was predictive. It showed how a turnover target could be achieved using a specific number of new and existing clients and that investment in each program of every BiTSer step would you deliver a demonstrable profit. As a whole, the model predicted that the required program investments would deliver turnover – and profit – for Fortis bank. As a result, the necessary budgets were approved and the programmes were rolled out. The results Nearly everything that could be measured was measured – initially to benchmark the starting point and later both during and after program implementation. Measurement included how the markets reacted to the uncopyable proposition that was attached to the brand; the effects at each BiTSer step; the achieved sales – and the profits. ”This show that we weren’t only scoring well in terms of sales, but also on many other dimensions”, said Peter-Frank. The results were nothing short of excellent.

Spontaneous brand awareness improved from 36% to 54%. The percentage of businesses considering Fortis bank nearly doubled, from 13% to 24% – and one fifth of the total target group requested information on the bank. Research showed that the bank was seen as international, business-like and a ‘bank for me’. And these scores were higher than those achieved after previous Fortis campaigns; campaigns which had consumed millions.

This increased preference for Fortis prepared the way work for the sales team to efficiently achieve appointments. The response to these appointments rocketed from 8% to 45%! A response of 12% was achieved within the first two weeks of the campaign. Effectiveness in terms of achieving appointments went from the 3 appointments per 10 contacts to 9 out of 10. 33% of the entire target group ultimately make an appointment. While the costs of securing an appointment dropped significantly, from € 1,400 per appointment to € 209.
The new approach enabled Fortis Bank to achieve its objectives. At least 33% of people who agreed to an appointment became clients of the bank. A success rate of one new client for every three appointments. Ultimately, 1.3% of the entire, reached target group became clients of the bank. Which was three times more than the objective. Profit was 2.5 times more than expected. The bank forecast that its investment would be 19% of the estimated profit, while actual investment ended up as just 8% of the actual, achieved profit. A small change – with big consequences To measure the effect of the uncopyable proposition a study was carried out among the Fortis bank target group. A brand programme supporting the uncopyable proposition was tested against a purely product-based program. The brand program with the uncopyable proposition elicited a 45% response from appointments while the program based purely on products and services produced a response of 8%. Communicating only about products and services only achieved less than a fifth of what BiTSing had proved to be achievable. How did the staff of Fortis bank experience the programme? Peter-Frank: ”We discovered that the degree to which we could influence the internal organisation was proportionate to the degree to which we could manage implementation properly – and that less influence on internal operations means you become dependent on what your people just happen to pick up. You have to rely on non-client facing staff to a high degree. You can never forget them. Without them you can maybe do a lot, but never everything that’s necessary for success” These are the results (out of 10) of an Internal employee satisfaction survey: Effectiveness 8 Creativity 8 Debate with colleagues/collaboration 9
Staff commitment 9 Internal support 8 Team spirit 9
Understanding the issues 8 Peter-Frank concluded: “We succeeded, despite the fact that Fortis Bank was a small bank at the time. We conquered the market on the basis of predicted results and predicted profits. And we achieved a return on the investment of our marketing euros.”
Peter-Frank Haarmans is currently an independent, interim manager. He helps departments within organisations to work together on an integrated basis – and towards a common goal: Financial profit.